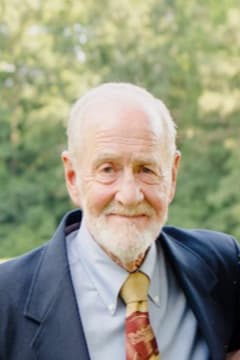 Robert Terrell Gray, 77, died Tuesday, November 29, 2022. He was born August 26, 1945 in Fulton to Harvey and Cutah Richardson Gray. He attended Itawamba County schools and graduated with an Accounting Degree from Mississippi StateUniversity. He married Glenda Beard Gray in 1967, and they lived in Canton, before returning to Fulton in 1976. He spent 18years working with the state’s economic development agency prior to becoming the business administrator for ItawambaCounty School District. During his retirement, he enjoyed spending his time fishing at Mill Creek and socializing at FultonCountry Club. He could often be found in his shop tinkering with golf carts. “Bob” as he was affectionately known to many; was an amazing husband, father, grandfather, brother, and friend.
Services will be at 4:00 pm on Friday December 2, 2022 at Senter Funeral Home with Bro. Tim Holsonback officiating. Visitation will be from 2:00 pm to 4:00 pm on Friday December 2 at Senter Funeral Home.
Senter Funeral Home has been entrusted with the arrangements.
He is survived by his wife of 55 years, Glenda Beard Gray of Fulton, daughters, Lisa Gray of Fulton, and Cheryl Gray (Will) Snipes of Nettleton, 2 grandchildren, Makenzie Snipes (Sam) Kirksey, and Brandon Snipes, sister, Myra Jones of FL, 2 brothers, Wade (Myrna) Gray of Fulton, and Archie (SunAe) Gray of FL, and a host of nieces and nephews.
He was preceded in death by his parents, Harvey and Cutah Gray, and a brother, Wayne Gray.
In lieu of flowers, the family request donations in his honor to be sent to Crossroads Ranch, 716 Airport Road, Fulton, MS 38843
Online condolences can be expressed at www.senterfuneraldirectors.com