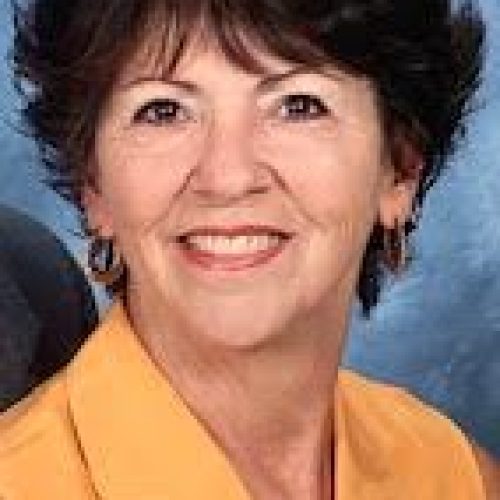 sorry about your loss
Lit by Alisa Spencer Miller

FULTON—-The lyrics to a well-written country and western song once stated, “You don’t kill time, time kills you. Just think it over, you know it’s true…” On Tuesday morning, August 2, 2022 at12:38 a.m., the singer-songwriter of this beautiful ballad, Sandra Lee Senter, was ushered from her worldly home in Fulton, Mississippi into the presence of her Savior Lord, Jesus Christ. “Sandy” was born on September 24, 1944, to Bernice and Howard Holeton in Antigo, WI, and was the youngest of 5 siblings. In keeping with her theory on time, she courageously battled Ovarian Cancer for almost 4.5 years since 2018, in addition to Breast Cancer in 2015 – all while serving for 10 years as the primary caregiver to her beloved husband of 43 years, who was concurrently battling a rare neurodegenerative brain disease – because “that’s my husband. And no one else can care for him the way I can”. She was a woman of great strength, determination, and commitment, never complaining about her personal circumstances, yet always seeking ways to encourage and offer support to others. Less well-known, but equally remarkable, was Sandy’s music. From early childhood,she loved music and was a gifted vocalist and musician. An angelic voice, impeccable rhythm, and a natural knack for both piano and guitar led her to an early career as asinger/songwriter and musician in the Chicago music scene in the 1960s and ‘70s, as well as to one of her most unique experiences and recognition in 1965 for her service in the USO Tour to the Joint United States Military Advisory Group to the Republic of thePhilippines during the Vietnam war.  There, she proudly served her country by singing and playing guitar for the soldiers, while “realizing the true meaning of the lyrics to theHit song that year, ‘Green Green Grass of Home’”. Music was not, however, the extent of her creativity. Sandy worked as a licensed professional Cosmetologist and small business owner for many years in Fulton, MS.Additionally, she had a natural eye for design, helping others with home interiors, wall covering, tile cutting and setting, as well as floral arrangements, sewing, and upholstery.She regularly delighted her family and friends with gourmet meals and baked goods,and her garden vegetables. Her free time was spent at the lake with her family, visiting with her grandchildren, attending MSU football games, building puzzles, or reading a good novel. She was an active member of the Fulton United Methodist Church where she actively participated in weekly Sunday School and Bible Studies, coordinated the annual Yard Sale for missions, baked for Lenten Luncheons, and served in the FoodPantry and Helping Hands ministries with her husband..
Funeral services will be at 2:00 pm on Friday August 5, 2022 at Senter Funeral Home with Bro. Phillip Box officiating. Burial will be in White Church Cemetery. Visitation will be from 12:00 pm to 2:00 pm on Friday August 5 at Senter Funeral Home.
Senter Funeral Home has been entrusted with the arrangements.
She is survived by her sons; Carl K. Ingram, Jr. of WI, and Rock K. Ingram of WI, daughters; Shawn Card Blake of Fulton, Krystal Black of Fulton, and Michelle Senter Harcrow of Fulton, step son; Michael Foster of FL, grandchildren; Bobby Card, Krystyn England, Luke Harcrow, and Judson Harcrow, sister; Sharon Larsen of Kenosha, WI, great grandchildren and other beloved family members.
She was preceded in death by her husband; Michael “Mike” Senter, parents; Howard and Bernice Elnora Holeton, son; Buck Kasey Ingram, sister; Marlene Wagner, brothers; Allen Ray Holeton, and Randy Howard Holeton.
Pallbearers will be Robert Card, Drew England, Jeff Senter, Steve Senter, Larry Harcrow, Andy Harcrow, and Gary Blake.
Honorary pallbearers will be Luke Harcrow and Judson Harcrow,
Online condolences can be expressed at www.senterfuneraldirectors.com

Celebrate Sandra's life with a short message, photo or video!

“God himself will be with them. And he will wipe out every tear from their eyes and death will be no more, neither will mourning nor outcry nor pain be anymore. The former things has passed away.” (Revelation 21:3,4)

My deepest condolences to all of the family.