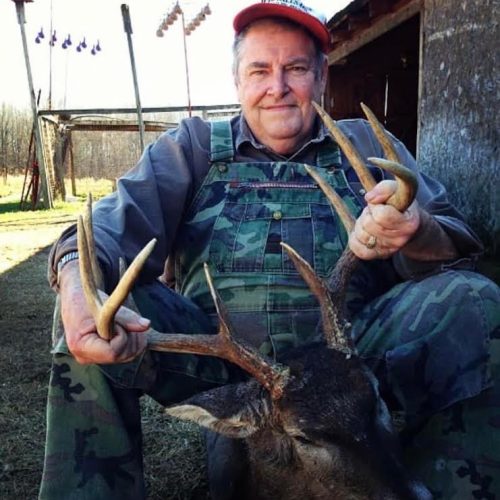 So sorry for your loss.
Lit by Webster & Betty Graham

Sorry for your loss!
Lit by Jesse and Teresa - Fulton Grain

Sorry for your loss!
Lit by Joel, Teresa, and Jessica Murphree

Praying for Your Family.
Lit by Daniel & Patti Umfress

One of the good old boys
Lit by Larry Holder

Prayers for the family.
Lit by Melissa Gasaway Roberts

Praying for the family
Lit by Mae Johnson

Had a great sense of humor
Lit by Jo Ann West

Prayers for all the family. ah
Lit by Barbara Lann

Have many wonderful memories
Lit by Kelli Graham

Prayers for the family.
Lit by Brenda Clayton

Prayers for you all!
Lit by Cindy McCrory

Praying for this family.
Lit by Kim and Jason Gassaway

My favorite teacher, love you
Lit by Gwen Hill

Praying for all of the family.
Lit by Donna Gibson & Shirley Dean Davis

So sorry for your loss
Lit by Charlotte Little

Prayers for all the family.
Lit by Johnny and Angie Yielding

I am so sorry to hear this.
Lit by Linda Guntharp

Roger Crane, 75, passed away Friday, September 16, 2022, at his home. He was born March 12, 1947 to the late Leburn Crane and the late Minyone Williamson Crane in Tupelo. He retired from Fairview Attendance Center after 28 years of service. He was a member of Pine Grove Church of Christ. As a teacher and bus driver for 28 years, he had the opportunity to impact hundreds of students while doing something he loved to do. He was an avid fisherman and deer hunter all his life, always chasing after the next “big buck.”He was devoted to his family and will be missed by all who loved him. Most of all, he was a devout Christian who strove always to walk in the paths of righteousness..
Services will be at 3:00 pm on Sunday September 18, 2022 at Senter Funeral Home with Minister Haston Handley officiating. Burial will be in Benefield Cemetery. Visitation will be from 1:00 pm to 3:00 pm on Sunday September 18 at Senter Funeral Home.
Senter Funeral Home has been entrusted with the arrangements.
He is survived by his wife, Linda Crane of Golden, daughter, Shelly (Sean) Kent of Golden, son, Stacy (Cindy) Crane of Golden, grandchildren, Cody (Mikayla Klaesen) Crane of Golden, Layla Kent of Golden, Jordan Kent of Arlington, TN, Dustin Kent of Tremont, Jessica Whitten of Fulton, and Brittany Whitten of Golden, great grandchildren, Sarah Evelynn Crane, Chloe Crane, Miley Tate, and Conner Taylor, and a brother, Phillip (Diane) Crane of Golden.
He was preceded in death by his parents, Leburn and Minyone Crane and a sister, Janet Crane.
Pallbearers will be Chris Holder, Gabrial Holder, Jeff Nanney, Jimmy Crane, David Williams, and Harold Hale.
Online condolences can be expressed at www.senterfuneraldirectors.com

Celebrate Roger's life with a short message, photo or video!

One of the best teachers I ever had. He was one of the people who inspired me to go into teaching. Sad loss for the people of Itawamba county.

I’m so sorry to hear of Mr Crane’s passing. He was not only my 4th grade teacher but my bus driver for all my school years. My condolences to all the family.

I am so very sorry for your loss. He was truly a Christian man who helped me so much when I was at Fairview. He will be missed by so many.

To my great cousin and even better friend we will all see you soon enough!!!!

So sorry for your losss. He was my 4th grade teacher. He was a great teacher. One of my very favorites throughout school. There will never be another Mr. Crane. Loved him.

Roger taught me a lot about life. The biggest portion of my childhood memories involved him. From teaching me how to swim and hunting. He had a huge impact on my life. Prayers for Linda and the family.

Posted by Freddie Cleveland on September 17, 2022

My love to the family in this hard time in your life. May you find comfort in the closeness your family shares leaning on each other through this. In my prayers, Anita Sue

I lived in an old house across from Mr. Cranes parents in the early 80's, their whole family were the nicest people. Prayers for his family, God Bless

To my fairview family. Mr crane will always be a part of us. What a great man that stood by our side. I new it then . I new it yesterday. And I will know for the rest of my days. Tim

His smile and laugh are unforgettable! He charmed us all, had goofy little nicknames for us and found a way to make everything seem fun. He never got around to scrubbing my freckles off with sandpaper, like he promised. I sure could have saved money on chemical peels and high priced facials if he had followed through. 😊 The loss of Mr. Crane is deeply felt. We all adored him! Sending all our hugs and love to you… Vondi Rondi

He was not only a great person and teacher but a wonderful story teller. He will be greatly missed by many. Loves and hugs to his family whom loved him dearly.

Posted by Carrie Guntharp on September 16, 2022

I grew up around Roger and his family mostly through association at Mt. Gilead Church of Christ. When Roger smiled, which was often, he smiled with his whole heart. My condolences to his family and his many friends on their loss of a loved one. He was a wonderful person.

Always, always smile when I think of Roger! A very good man, educator, child of God.

We are so sorry for your loss. We loved him so much. He was the best teacher I ever had. We will miss him so much. You are all in our prayers.

Oh how he will be missed. Wonderful teacher and a kind soul.