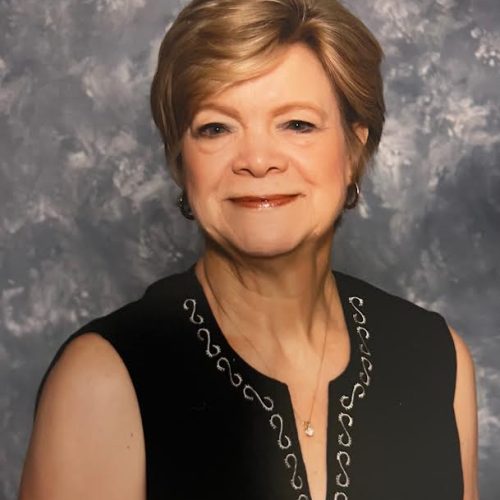 Lit by Bessie and Larry Tood

Linda Grace (Thorne) Christian, 75, passed away Saturday, July 2, 2022, at her home in Georgia surrounded by her family. She was born November 17, 1946, to the late Charles Lynon Thorne and the late Juanita Grace Thorn of Evergreen. She was a member of First Baptist Church of Lawrenceville, Georgia. She was a retired school teacher with a heart of gold for her students. She also enjoyed singing in the church choir and directing children’s choirs in several churches. Her grandkids became her greatest joy after retirement.
Linda was a 1964 graduate of Nettleton High School, going on to Itawamba Jr College and graduating in 1968 From Mississippi State. She and her husband were married on July 6, 1968 at her home church, Evergreen Baptist. They spent all the years following that in Birmingham, Alabama, Orlando, Florida and Atlanta.
Services will be at 11:00 am on Saturday July 9, 2022 at Senter Funeral Home. Burial will be in Friendship Methodist Church Cemetery. Visitation will be from 5:00 pm to 7:00 pm on Friday July 8 at Senter Funeral Home.
Senter Funeral Home has been entrusted with the arrangements.
She is survived by her husband of 54 years, Bill Christian of Snellville, Georgia; her son, Brad Christian (Suzanne) of Marietta, Georgia; her daughter, Heather Dodd (Jason) of Cumming, Georgia; grandchildren, Ansley and Dylan Dodd of Cumming, Georgia, Annalee and Lucy Christian of Tupelo and several cousins.
She was preceded in death by her parents, Charles Lynon Thorne and Juanita Thorne of Evergreen, Father and Mother-in-law, Arlis and Maida Christian of Fulton, Brother-in-law, Tommy Christian of Tupelo and Sister-in-law, Diane Reedy of Tupelo.
Online condolences can be shared with the family at www.senterfuneraldirectors.com

Celebrate Linda's life with a short message, photo or video!

My there be beautiful flowers in your heavenly home.

I finished high school with Linda Grace, and she was very special to all of us. My wife and I will keep all of her friends and family in our thoughts and prayers. Rusty Schlicht and family.

Posted by Rusty and Sandy Schlicht on July 8, 2022

A sweet lady with a beautiful voice. I will miss you,we have really had some good times. Will always remember you and your sweet smile.

Wayne and I live in Saltillo MS. Fulton MS is close enough that we can go to Senter Funeral Home Friday and/or Saturday. I am receiving chemo so I must avoid crowds., but I want to come.

Wishing you and your family deep condolences, much love and peace. Kelly and Brett

In the early '80s Linda and her husband led our young married Sunday school group. They were a dynamic couple who loved the Lord. Linda is walking in Heaven now. She doesn't know what a great influence she was on me and our entire group. My prayers are with her family. No doubt she will be greatly missed.

We remember Linda and your family from First Baptist Church in Oviedo FL. Linda was a wonderful woman and we know she is with her Savior in heaven. Our son Sean Goff was friends with your son Brad.

SO SORRY TO HEAR ABOUT MRS. LINDA I ALWAYS ENJOYED HER AND BILL VISTING EVERGREEN BAPTIST CHURCH WHEN THEY WERE IN TOWN.

SO SORRY TO HEAR ABOUT MRS. LINDA I ALWAYS ENJOYED HER AND BILL VISTING EVERGREEN BAPTIST CHURCH WHEN THEY WERE IN TOWN.